The Group's conferences are where members meet to study buildings and discuss their findings. Conferences are normally open to members only, although guests may be accepted if space is available.

To compensate for the lack of conferences in 2020, an autumn conference was held online on Saturday 19 September 2020 via Zoom. The conference was free of charge and was open to all. Subject specialists talked about different aspects of the early modern house in England, focusing on the sixteenth and seventeenth centuries. Presentations included the social use of the house in everyday life, interior decoration and furnishing, as well as building construction and developments in the plan form and appearance of houses. The 15-minute presentations were:

We are intending to offer more online events early in 2021, including our annual winter conference (see below).

In 2018 the VAG introduced a short weekend training conference held in Gloucestershire and this was offered again in Wiltshire in 2019, aimed at those who are new to the group and/or new to looking at vernacular buildings. These conferences were based on visits to buildings rather than on papers, and introduced people to examining buildings, covering basic vocabulary, some of the typical forms of vernacular buildings and how we go about investigating them. Following the success of these events we had hoped to again run a training weekend in 2020, this time based in Ashwell in Herfordshire in late September or early October. This will now not go ahead this year. Enquiries: please email training-conference@vag.org.uk. 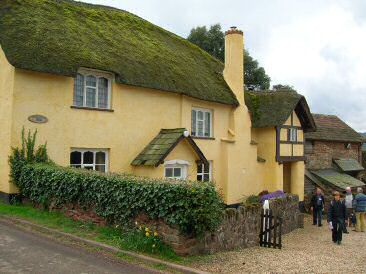 In the spring members and guests meet in a different part of the country each year to visit a selection of buildings in the local vernacular tradition. Local experts are on hand to explain the background and more experienced members help others to interpret them. In the evenings, lectures and discussions allow the day's findings to be explored further. The spring conference is normally open to members and guests only; please see the Membership page for details of how to join the group. Enquiries: please email spring-conference@vag.org.uk.

The winter conference takes a theme of current interest and explores it in depth through papers given by experts in the field. The winter conference is normally open to members and guests only; please see the Membership page for details of how to join the group. Enquiries: please email winter-conference@vag.org.uk.

The Group contributes to occasional weekend or day schools held in Oxford and run by the Oxford University Department of Continuing Education. Previously run annually, the weekends are now arranged on an ad-hoc basis. They are open to the public and will be advertised here as they become available.

Tip: if all the residential places on Oxford Weekend Schools are already taken, you may be able to find alternative student accommodation in Oxford at various prices via University-Rooms.

Other Conferences and Visits

Visit to Denmark
The VAG organised a trip to Denmark on 8-14 June 2014, visiting a number of historic towns and some of the many long-established folk museums, where historic buildings have been collected together to illustrate the regional differences.

Saeters and Stave Churches
The group organised a tour to Norway on 16-26 June 2011 to visit some of its notable timber buildings. A full report is available on the Members' Area.